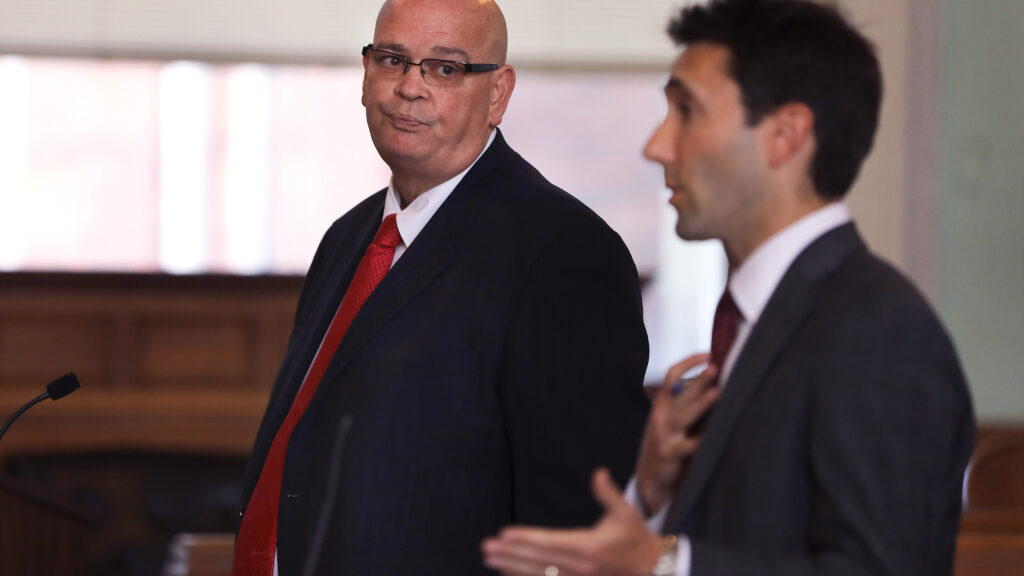 The founder of a biotech who said his company had developed a painkiller that would replace morphine was sentenced to seven years in prison Tuesday for defrauding investors of $7.5 million.

Frank Reynolds, the founder of PixarBio in Medford, Mass., and a former fellow at the MIT Sloan School of Management, held up a bottle of NeuroRelease in court and insisted that his never-approved drug still had value.

But U.S. Senior District Judge Douglas Woodlock in Boston called the disgraced businessman a “predator” whose comments in court showed he was “absolutely oblivious” to the harm he had inflicted on more than 100 investors.

“We have here an individual who doesn’t want to play by the same rules that everyone else does,” said Woodlock, who repeatedly used the term “grandiosity” to describe Reynolds’ behavior.

In addition to imposing the prison sentence, Woodlock ordered the 57-year-old businessman to repay $7.5 million to investors, forfeit $280,000, and spend three years on supervised release after he is freed.

Assistant U.S. Attorney Sara Miron Bloom had recommended 10 years in prison. Reynolds never apologized to investors and had obstructed an investigation into his company by the Securities and Exchange Commission, she said.

In contrast, Reynolds’ lawyer, David Axelrod of Philadelphia, had asked Woodlock to sentence Reynolds to a year and a day in prison. The lawyer cited his client’s health problems, including heart and kidney disease, and pointed out that his career was in tatters.

He also noted that prosecutors were seeking a longer sentence than those received by any of seven former Insys Therapeutics executives last month for conspiring to bribe doctors to prescribe an addictive opioid painkiller. John Kapoor, the founder of Arizona-based Insys, received the longest sentence of those defendants: 5½ years in prison.

But Woodlock seemed more sympathetic to the argument of prosecutors, particularly after Reynolds defended his actions to the judge.

Reynolds, who spoke at a TEDxBoston talk in 2010 as the head of another biotech, InVivo Therapeutics of Cambridge, Mass., took a bottle containing a 14-day dose of NeuroRelease from his pocket and placed it on the table.

“Despite what the government said, PixarBio does have value,” said Reynolds, who went on to say that the product could ultimately win approval from the Food and Drug Administration.

In fact, federal authorities say, NeuroReleaset was carbamazepine — an anti-convulsant that was already on the market in other forms.

Continue to STAT Plus to read the full story…